Microsoft has released a new preview build 22000.100 to Windows 11 Insiders in the Dev channel of the Windows Insider program.

As part of the latest Windows 11 update, Microsoft is updating the hidden icons flyout on the lower right of the Taskbar to match the new visuals of Windows 11.

Microsoft is also introducing a new design feature that will tell you when an app requires attention. As shown in the below screenshot, the app will automatically flash on the Taskbar. This new alert design matches the look and feel of Windows 11, and the focus is on minimizing the impact of unwarranted distractions.

Build 22000.100 also comes with improvements for the new Microsoft Store. This new update will improve the performance of the Microsoft Store, especially when you select an app or movie.

Microsoft Teams Chat app, which is based on Microsoft Teams desktop client, is now rolling out to Windows 11 users. With the new Chat app, Microsoft is extending Teams capability and allowing users to launch chat or meetings directly from the taskbar. 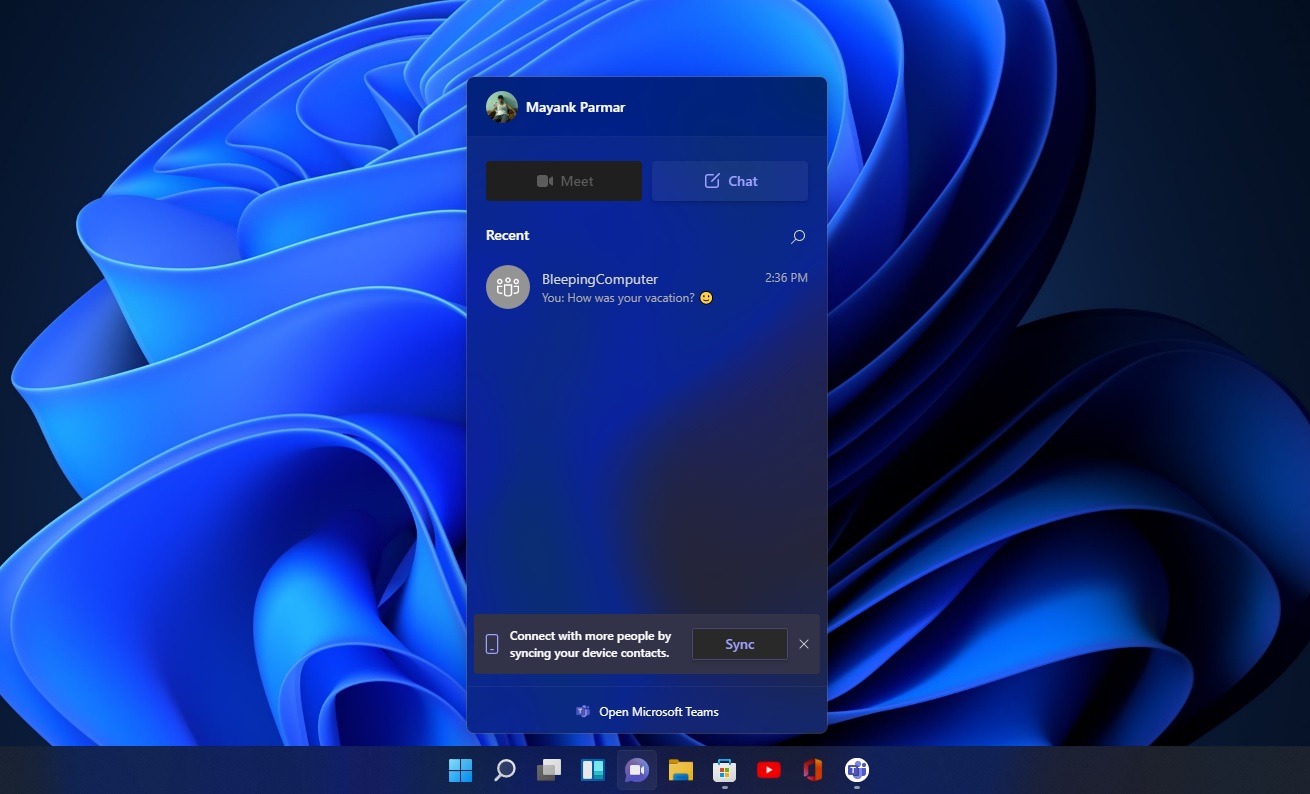 Microsoft Teams Chat features are currently limited and we can only chat or add new contacts. Later this month, Microsoft will introduce screencasting and meeting support for users.

How to get the update

By joining the Windows Insider program, you can download early preview builds of Windows 11. To get started with the Windows 10 Insider Program, you need to signup for the program by following these steps: