At this point, there aren’t many products remaining in Samsung’s upcoming fall lineup that haven’t leaked. After learning about its new Galaxy Buds2 specs yesterday, someone managed to get their hands on the pair, giving it a full unboxing before they can even be properly announced.

Twitter user Ahmed Qwaider got an early look at Samsung’s latest earbuds in their retail packaging, providing a glimpse at exactly what will be in the box (via SamMobile). These appear to be the olive shade accidentally revealed in an application leak a couple of weeks ago, paired alongside a white carrying case with a matching olive interior. Inside the box, there’s a USB-A to USB-C charging cable and a small cardboard box that presumably contains different sizes of ear tips. 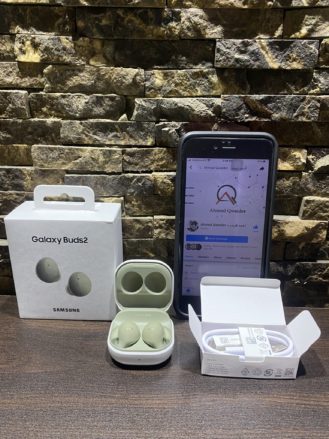 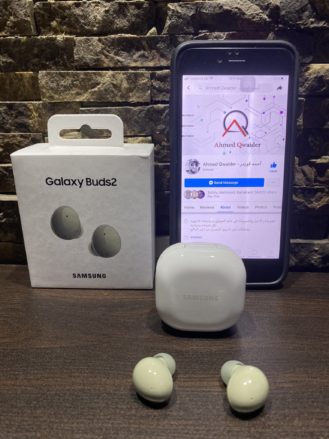 In an accompanying Facebook post, Qwaider broke down some of his impressions of the Galaxy Buds2. His set lasts for about five hours on a charge, with an extra 20 hours of battery life from the case, matching up well with yesterday’s leaked specs. Voice quality is reportedly excellent thanks to its three included mics, and active noise cancelation has been improved from previous headsets.

Presumably, the Galaxy Buds2 will show up sometime after next week’s Unpacked event. With seven days to go, there’s still plenty of time for Samsung’s upcoming gadgets to leak just a few more times.